You are here: Home / Appetizers and Snacks / Triple Onion Dip 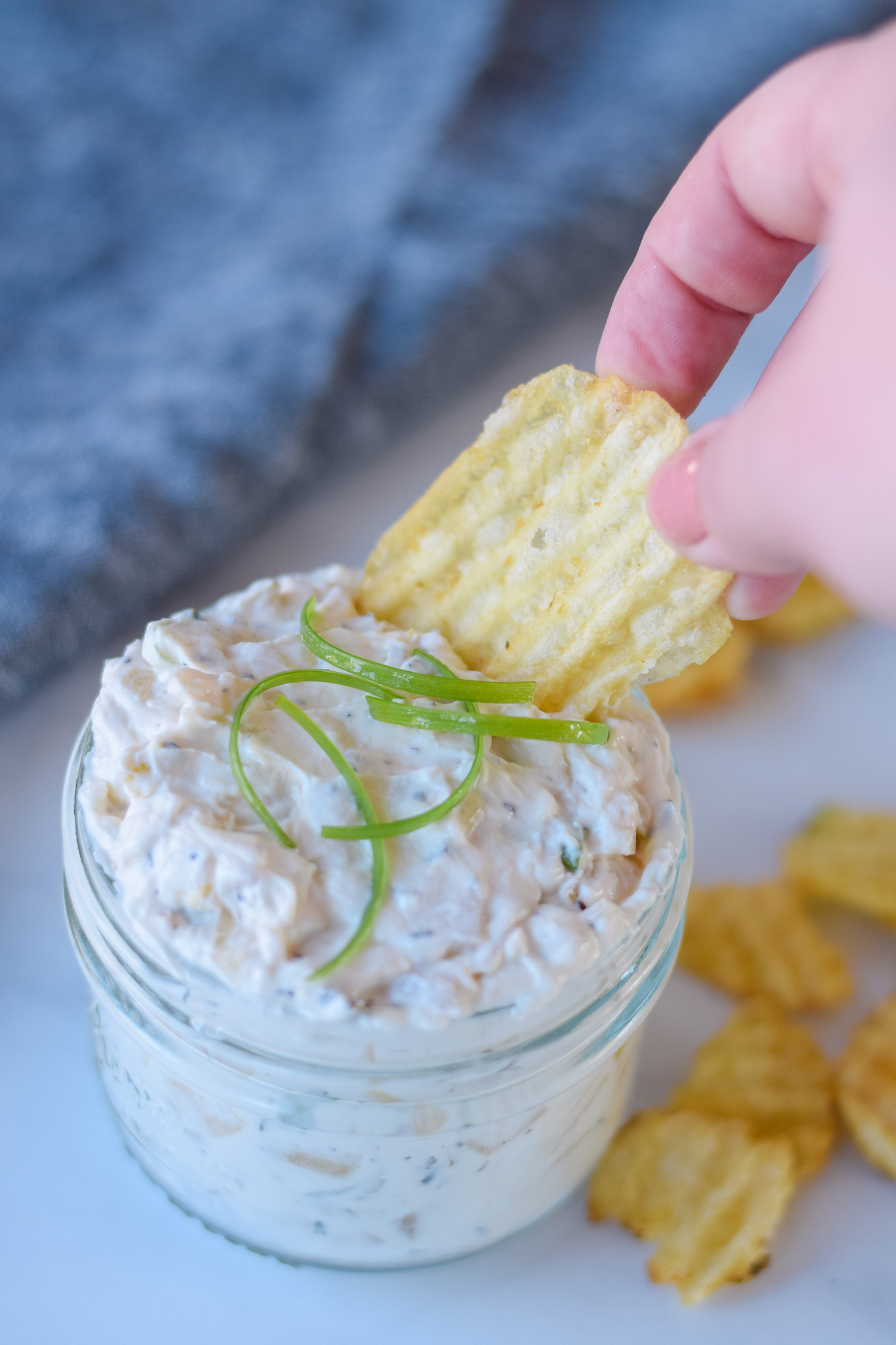 It has been a hell of a year. Facebook reminded me this week that a year ago, my husband and I announced that we were moving back to Wisconsin. Also a year ago, I decided to shift the focus in my food blogging from… well, no focus at all, to updated and seasonal Midwestern classics. Whew!

Living in a new place, making new friends, and having a home large enough to host others has had more positive influence on developing new recipes than I anticipated. If I’m thinking of a new recipe or want to try a new technique, I’ll do so ahead of having people over and then I get many more opinions and ideas for needed tweaks. This recipe was born of such a process.

The first iteration of this triple onion dip recipe was really only a double onion dip and  involved getting a deep caramelization on all of the onion and shallots. I thought the tangy-ness of the yogurt and a dash of soy sauce would balance out the sweetness of the onion, but I was wrong. This dip was not the most popular at book club.

So, I added some scallions and sauteed the onions and shallots in waves, creating layers of delicious onion-y flavor. The yellow onion is caramelized, the shallot and white part of the scallion cooked until just softened, and the green parts of the scallion are stirred in at the end give us that slightly raw onion flavor that we know and love from scallions.

I’ve come to love making dips with full-fat Greek yogurt, but this would probably work with sour cream as well. If you want to try it with fat-free yogurt, go for it, but don’t blame me for the results. 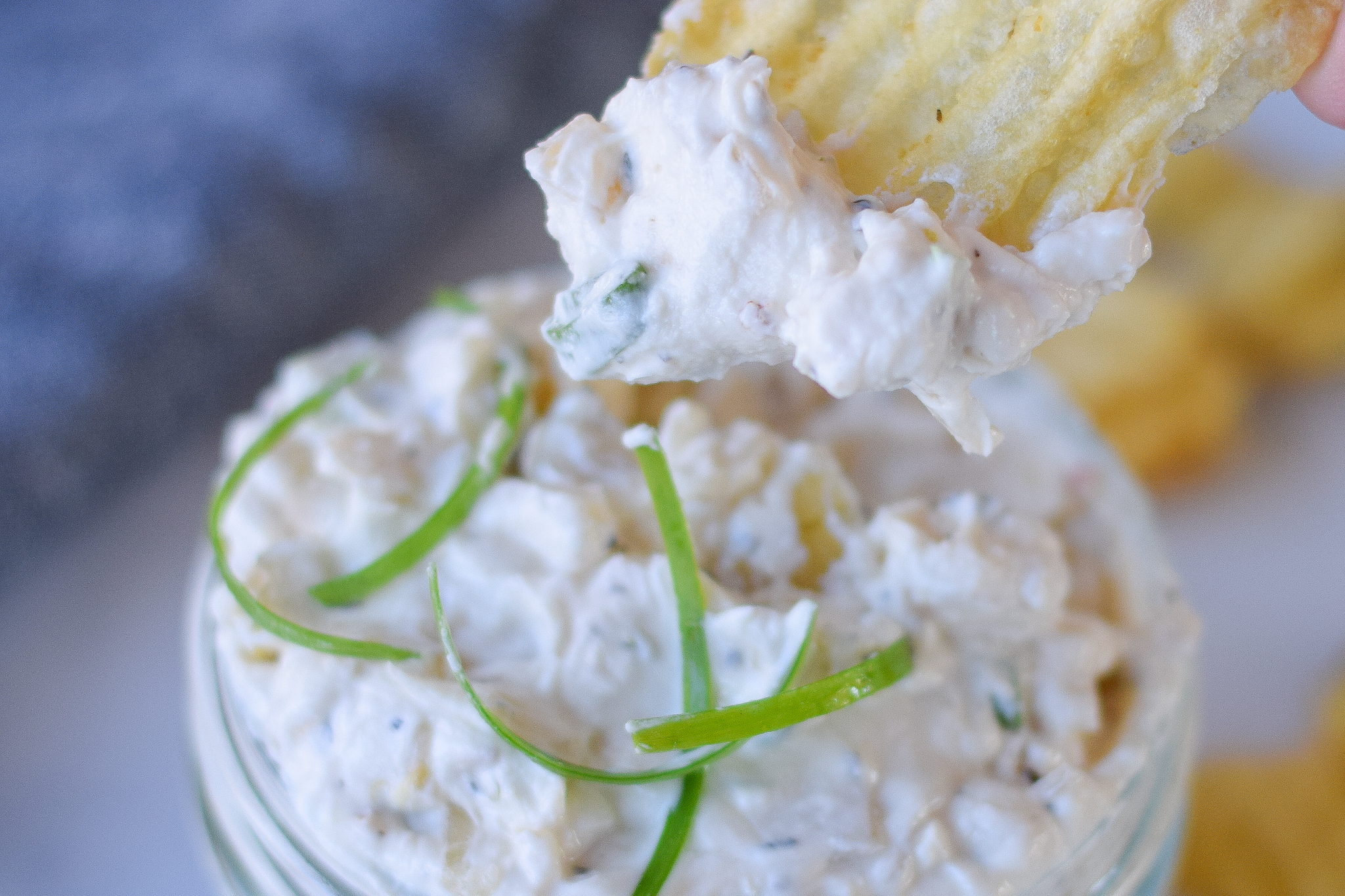 Celebrate the diversity of alliums with this triple onion dip. A yellow onion gets mostly caramelized, a shallot gets a light saute, and fresh green onion is stirred in at the end, providing layers of flavor that is the perfect compliment to potato chips and your next party.
Print Recipe Pin Recipe Rate Recipe