You are here: Home / Hors D'oeuvres / Brandy Old Fashioned for a Crowd 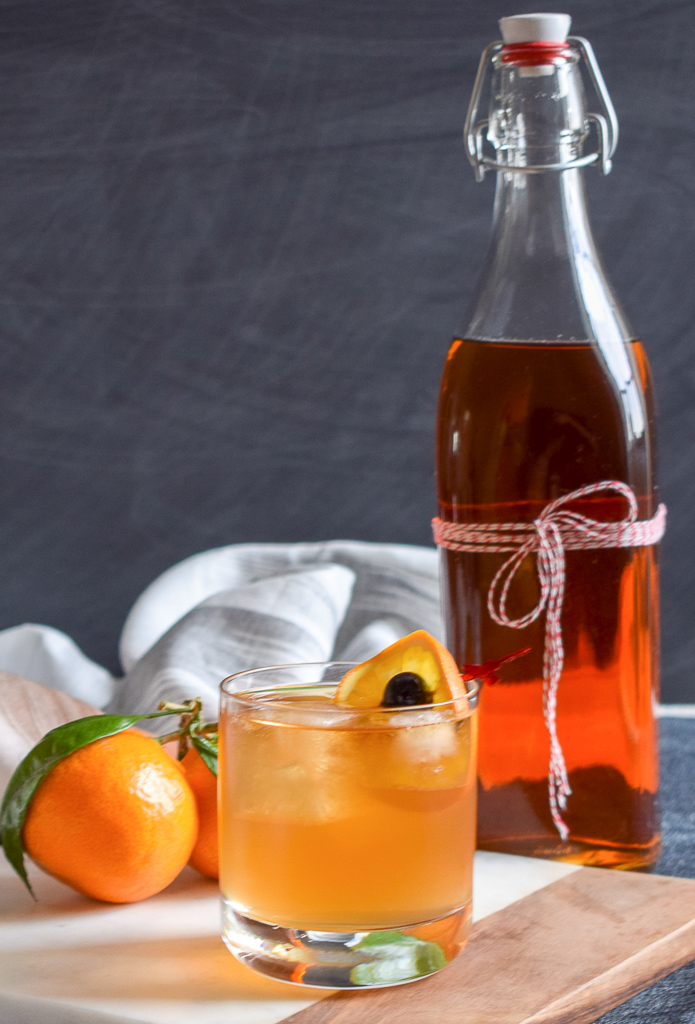 Heads up: This post contains affiliate links, which means that if you decide to purchase any items, I may make a commission at no cost to you. I only endorse products I know and love!

If you are a lover of this iconic cocktail, try it Wisconsin-style. Better yet, make a pitcher of Brandy Old Fashioned for a crowd at your next party!

I was born and raised in Wisconsin, and I didn’t realize how popular brandy was in the state until I moved away. Suddenly, I was making friends who had never consumed brandy at all, and if they had, it was the ~fancy~ brandy. But why is brandy so popular in my home state? Our neighbors in Minnesota and Illinois aren’t huge fans. The preferred brand, Korbel, is in California. So, what gives?

The Chicago World’s Fair in 1893 shone a light on a lot of foods and beverages from around the country.  Pabst Blue Ribbon was made famous here (thanks, Milwaukee!) and Vienna Beef sausages became a thing. California-based Korbel brought over some brandy, and marketed it as “American Brandy” – much preferred over anything imported. . After tasting a few cocktails with this grape-based spirit, the Wisconsinites brought the tradition back with them and haven’t looked back. In fact, Korbel ships anywhere from ⅓ to ½ of its total brandy production straight to the state of Wisconsin.

I’ve been drinking Brandy Old Fashioned cocktails since I’ve been drinking. While I’ve also grown to love the classic version of this cocktail, the brandy version holds a very special place in my heart. A little bit of 7up (for ‘sweet’) or Squirt (for ‘sour’) is added at the end, which makes this a very sippable drink.

Though I love a good Brandy Old Fashioned, they do take a little bit of effort to make. Most of the time bitters are muddled with a slice of orange, a cherry, and a sugar cube. Sure, not too hard, but if you’re hosting a party, it can get a little tedious.

Large-batch Brandy Old Fashioned infuses all of these flavors while allowing you to make a lot of drinks at once. Instead of a sugar cube, we’ll take a page from the classic cocktail recipe and use an infused simple syrup. Bonus: you can use this simple syrup to make many other cocktails as well.

Old Fashioned purists will scoff at the addition of a little bit of soda, but to them I say: don’t knock it ‘til you try it. 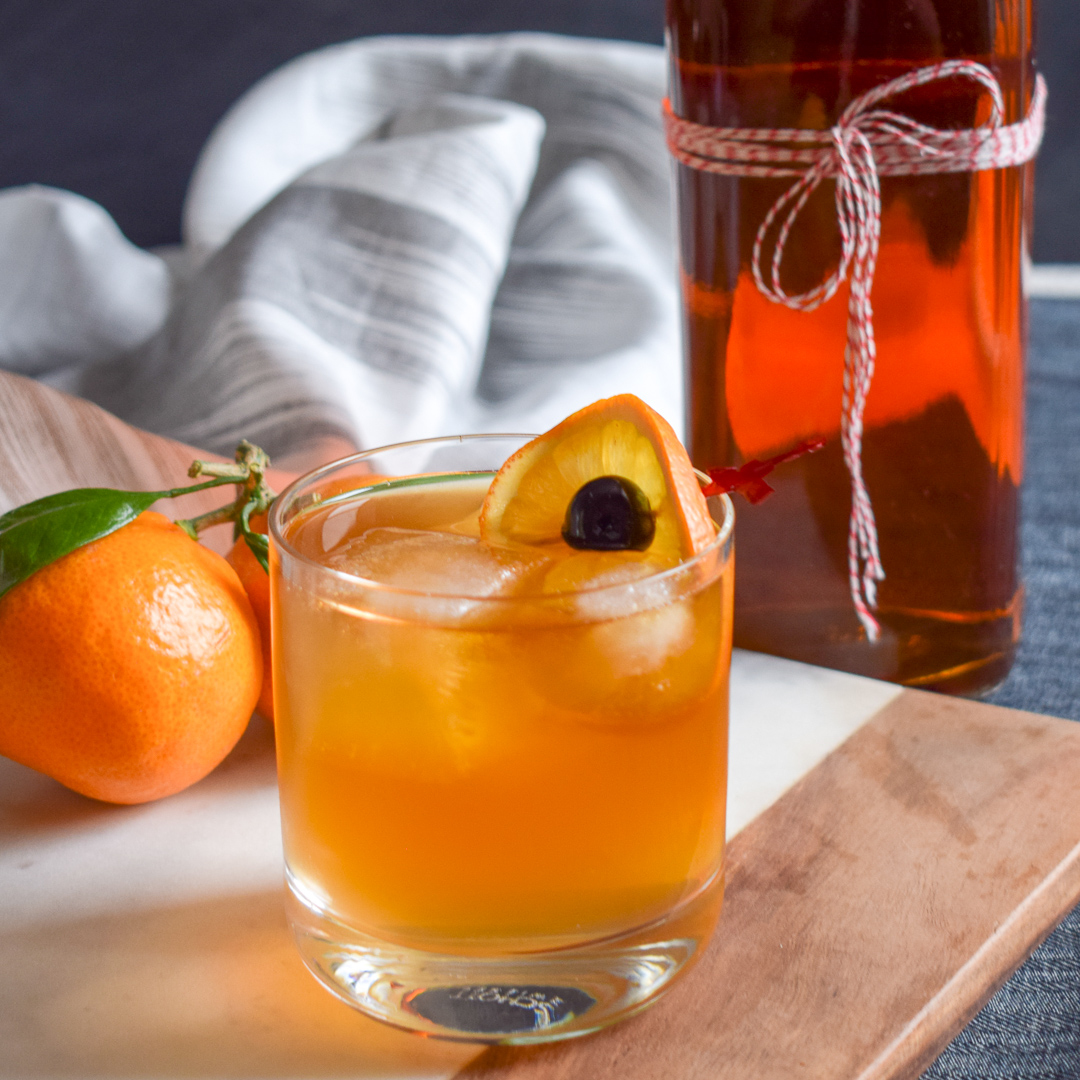 Brandy Old Fashioned for a Crowd

If you are a lover of this iconic cocktail, try it Wisconsin-style. Better yet, make a pitcher of Brandy Old Fashioned for a crowd at your next party!
Print Recipe Pin Recipe Rate Recipe
Prep Time: 15 minutes
Total Time: 15 minutes

Make the Brandy Old Fashioned base:

You’ll have leftover simple syrup; store in the fridge for up to two weeks, or make another batch!
Tried this recipe?Mention @forwardeats or tag #forwardeats on Instagram!