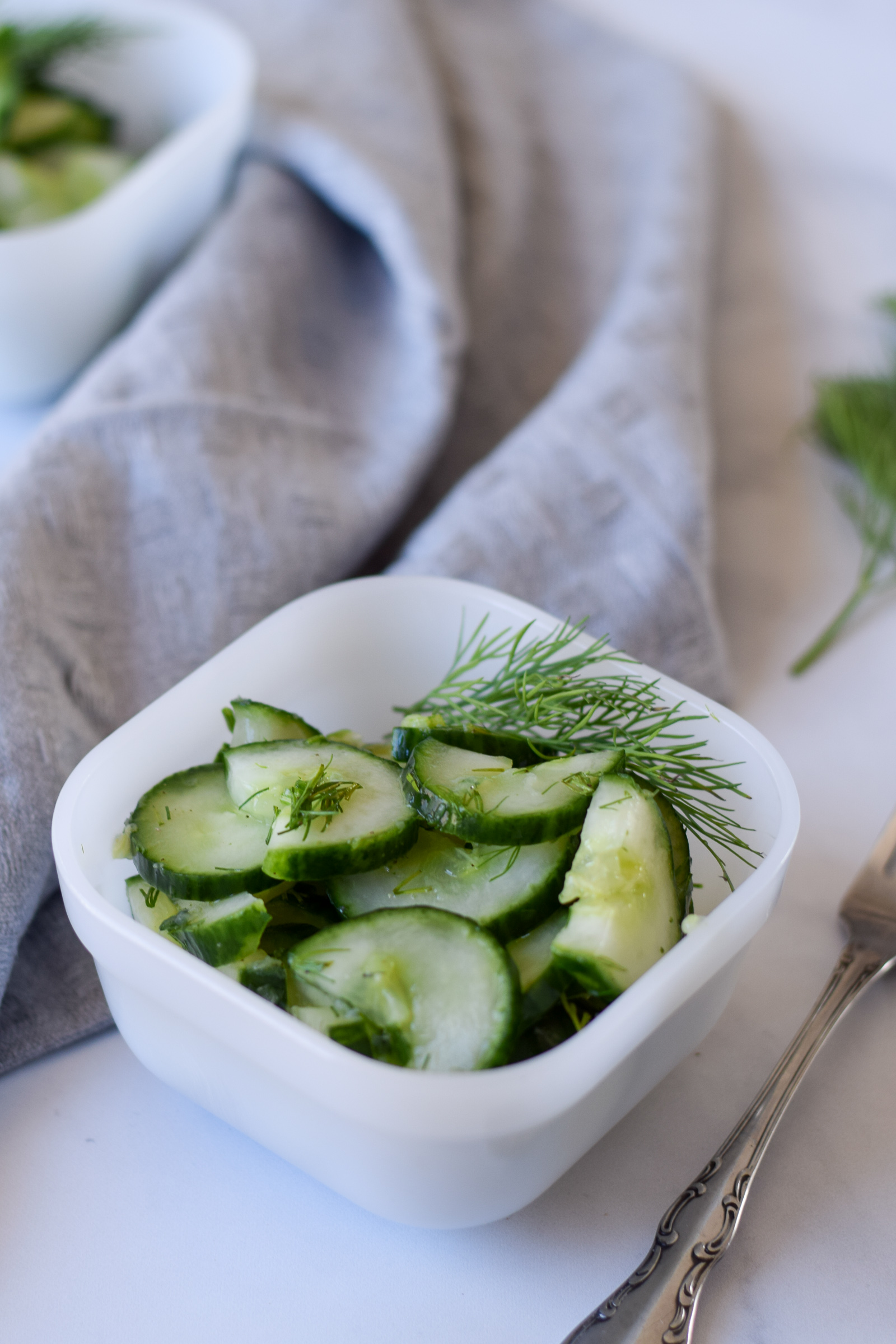 Okay, I’ll admit it. I never used to like cucumbers. They always seem boring, flavorless, and a waste of a vegetable. I am here to admit I was wrong. This smashed cucumber salad is crisp, refreshing, and the perfect side dish for any picnic or potluck.

This recipe is an combination of a classic Midwestern picnic side and a spicy yet refreshing Chinese dish. Rather than thin and even slices, a seedless cucumber is smashed (yes, smashed) and then chopped into bite sized pieces. A smashed cucumber salad has all of the appeal of your standard sliced version — it is light, refreshing, and easy to make. However, the smashed version is much more fun to make, and truth be told, more flavorful.

Smashing the cucumber with literally breaks the cell walls. This allows the flavors from the dressing to absorb into the cucumber (rather than sitting on top), giving you a crunchy and refreshing side dish in no time.

The key for smashing the cucumbers is to whack them forcefully, but not totally obliterate them. (I used a rolling pin for this, but feel free to use whatever is handy!) Once the cucumbers are smashed, used a knife to cut them into bite-sized pieces, then sprinkle them with a generous pinch of salt. Place them in a colander or strainer nested in a bowl, and allow them to do their thing for at least 20 minutes (but longer if you can).

Toss with a little vinegar (I used white wine vin) and olive oil, plenty of dill, and thinly sliced red onion (if you want, I opted out). Best served right away, but a day in the fridge won’t be the end of the world either. 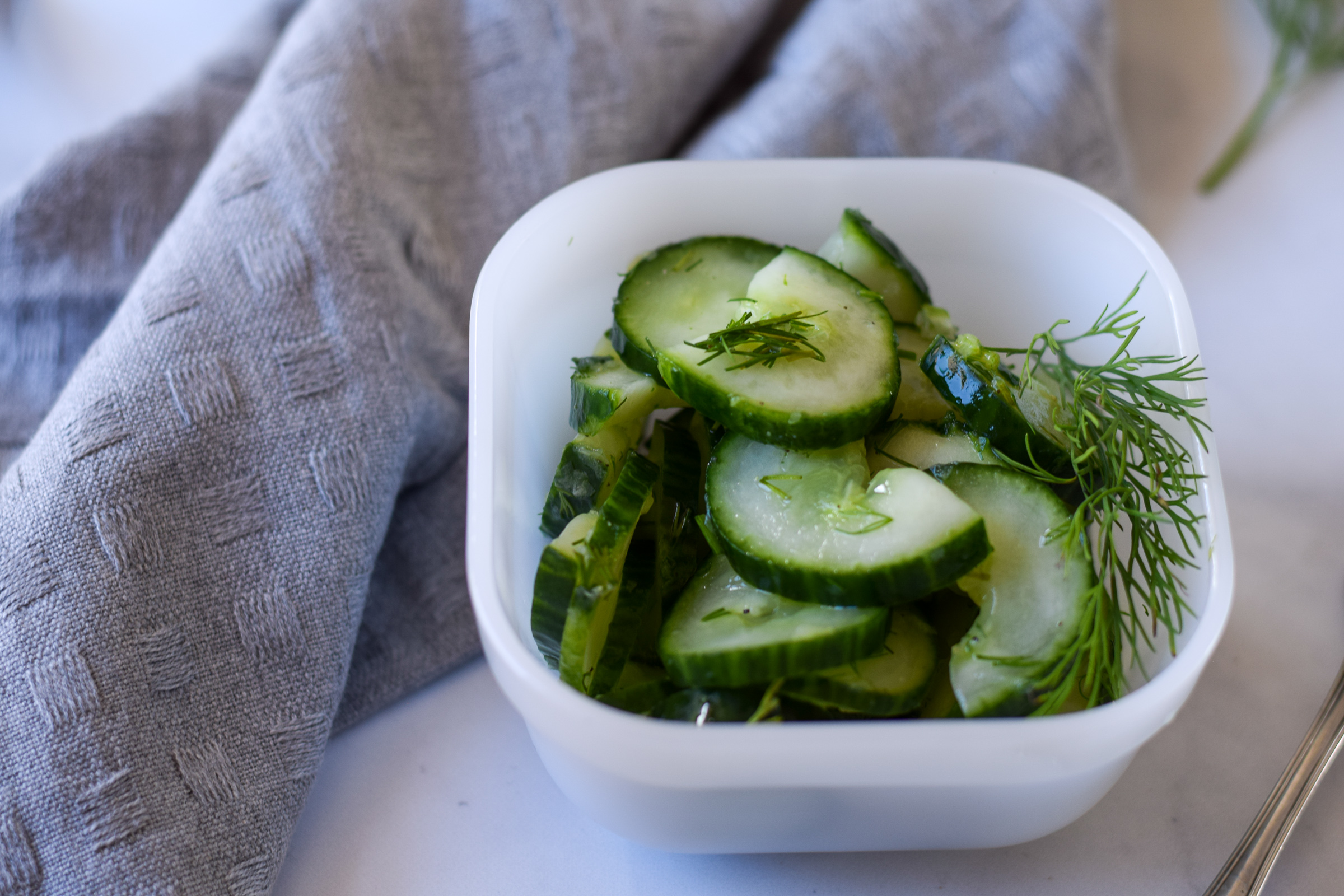 If you can’t find seedless cucumbers, the regular kind will work just fine. Give them an extra few minutes to drain since they tend to have more water.
Tried this recipe?Mention @forwardeats or tag #forwardeats on Instagram!