You are here: Home / Vegetables / Colcannon with Turnips, Bacon, and Savoy Cabbage 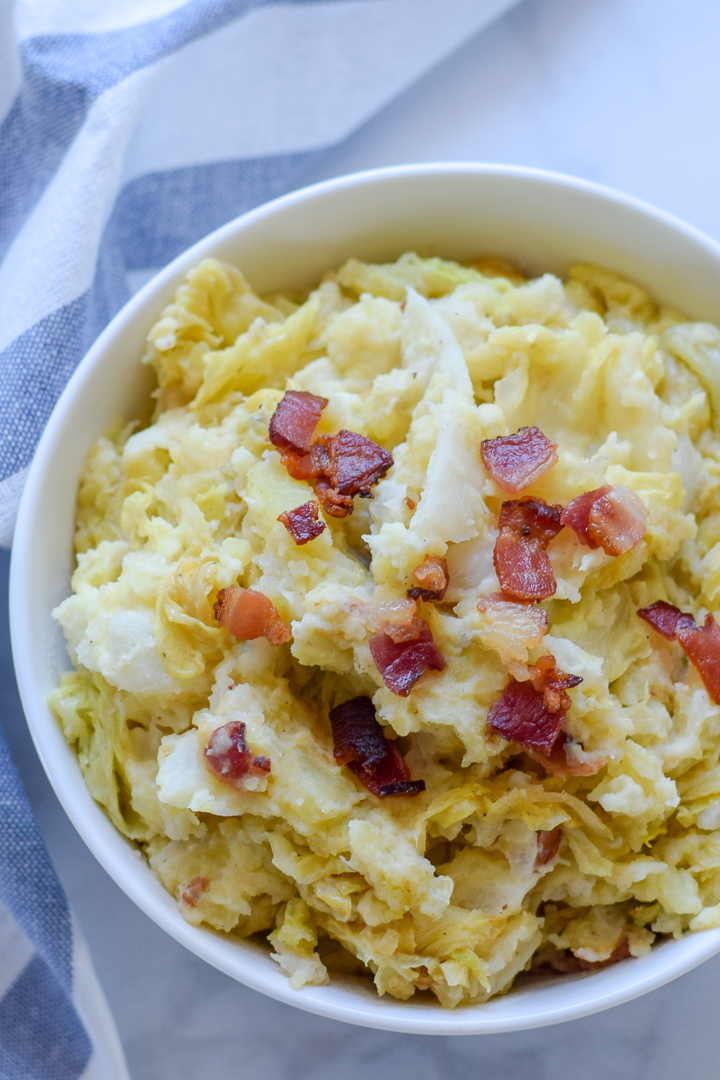 One of my favorite things about getting a farm share box is the puzzle that you get to put together after it arrives. The late winter box I received gave me a lot of a a few items, mostly carrots, potatoes, and turnips. While we eat a lot of roasted root vegetables in my house, I needed to make a change.

I was down to my last few potatoes and last two turnips. The grocery store had some awesome looking savoy cabbage and I had some bacon in my freezer. A healthy scoop of sour cream later, this colcannon recipe came together.

If you prefer to make a vegetarian version, omit the bacon and use a few glugs of olive oil instead. A pinch of smoked paprika might be welcome, but isn’t totally necessary.

This is also one of those recipes that reheats really well, so if you are only cooking for a few people, make the whole batch and enjoy the leftovers the next day.

Colcannon with Turnips,Bacon, and Savoy Cabbage