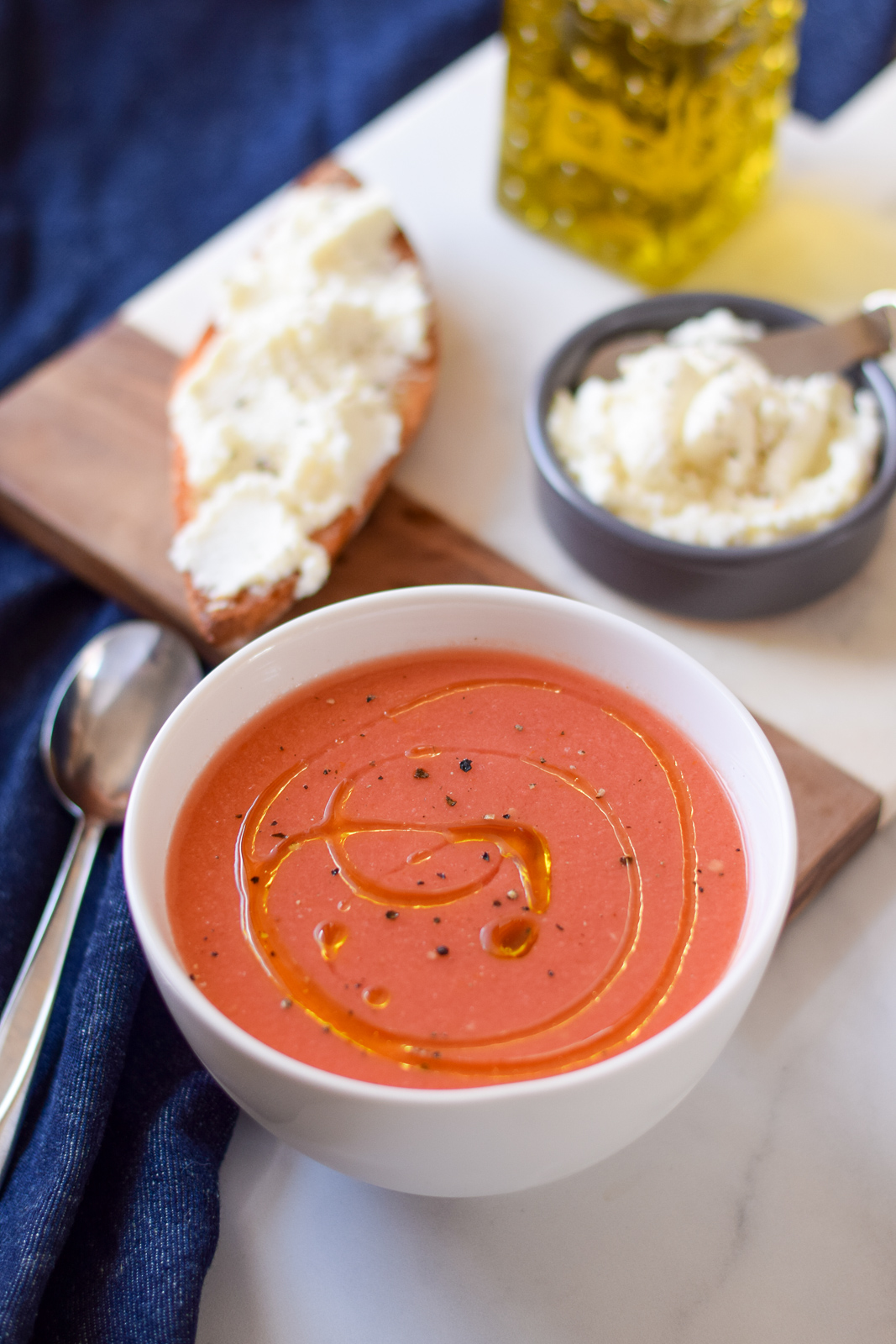 A good grilled cheese with a good bowl of tomato soup can cure almost anything, I’m sure of it. I say almost, because though the combo is mighty, it cannot stop a summer heat wave. A bowl of hot soup is the last thing I need on a day when the humidity nearly takes over my lucidity, so this summer I decided to tweak a popular gazpacho recipe.

Like many others this summer I tried Julia Moskin’s Best Gazpacho recipe. Don’t get me wrong, it is a great recipe. However, my regular weeknight meal needs combined with the cohabitation of a soup-hater (I know, I know) require a smaller batch of the summery tomato soup. Tomatoes and cucumber still join the party, but I swap out the onion for shallot, sherry vinegar for white wine vin, and the pepper for a few radishes. I’m fortunate that all of these ingredients have been available at the farmer’s market lately, and I’m usually looking for a good way to use up those last few radishes or an adorably small cucumber.

The nice part about these smaller batch recipes is that they can be made entirely with a hand blender. Working in batches, I used my hand blender and the  cup it came with to liquify all of the wonderful summer vegetables. I wanted some texture to remain, so I strained about two-thirds of the soup through a fine mesh strainer before adding the olive oil into the party.

Though this recipe is simple, it does require some planning ahead. Make the gazpacho the night before you plan to eat it — this allows the soup to become super cold and for the flavors to get to know each other overnight. This can be served alongside toasted bread, or really kick it up and spread a thick layer of seasoned ricotta onto it. 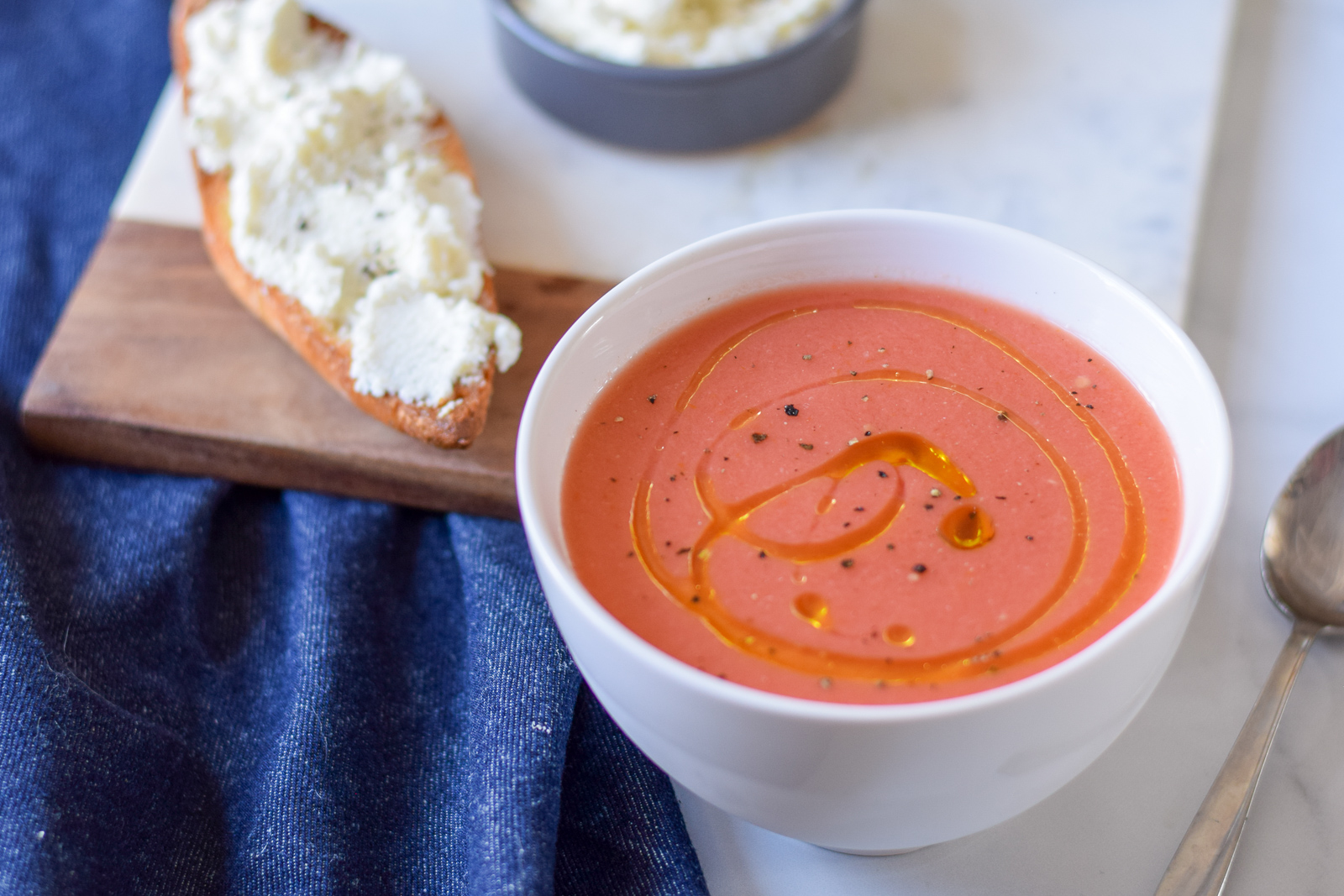